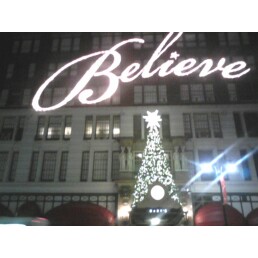 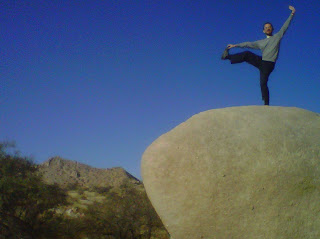 Before leaving we stop off at a mountain pass and snap some pics. 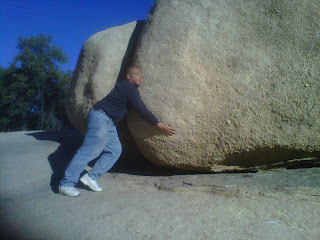 It's a fun interlude and then we're back on the road to Tucson.
at December 26, 2010 No comments: 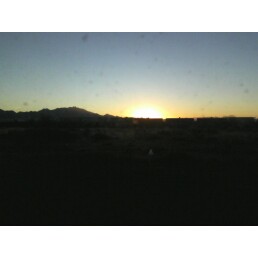 Our work is done. We pack up and head out of Diamond Mountain. We drive to the next town and get in late at night. I still have the deer chorizo in my bag. David rushes off to the Pizza Hut before it closes. I grab the chorizo and head in there and make a request: could you bake me a deer chorizo pizza?

We sit and drink pink lemonade while watching Sportscenter on the overhead TV. David and I are covered in grim and dirt, deprived of a good, strong shower for the past few days. I'm hoping I don't smell too bad.

They bring out a sizzling platter pizza. The brown chorizo is ground up and spread over the surface. I take a slice and taste. My scalp begins to itch from the heat. I can feel the perspiration seep out of my head. The burning heat encircled my and tears formed. This is spicy.

I drink more pink lemonade. I give the rest of the chorizo away to the late-crew at Pizza Hut. They're cooking it and tasting the chorizo and, yes, they find it spicy too.

The next morning we wake up in Motel 6 and drive around for breakfast.
at December 26, 2010 No comments:

We're finishing the job. The mood has shifted and it feels like we've gotten over a hump. Now it's a lot more smooth and controlled. Mingo (who calls himself "Mingo the half-gringo) offered some deer. 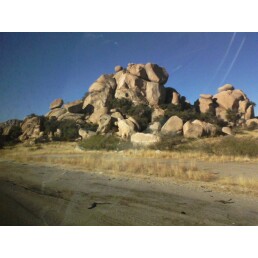 He said he goes hunting and has some white-tail deer that he made into a chorizo. I don't hesitate. Yes, I'm a vegetarian, but I'm not a radical one and if someone offers something from their heart I feel like it's something that should be accepted (as long as it doesn't cause harm). The deer has already lost his body so why not?

The chorizo is extremely spicy. But we're leaving tomorrow and don't have access to any pans or even a stove.
at December 26, 2010 No comments:

I look up at the sky when the earth becomes too much to take. 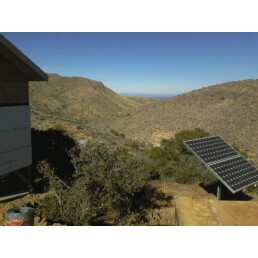 The temple is up a narrow mountain pass accessible only by foot or a daredevil driver. We walk up for what seems like miles. There are solar panels and solar ovens, and solar batteries. This mountain's side is just rocks and clay. Today I bring a pick axe. I work the mountain and break down the ridges. Sparks fly and rocks become dirt.
at December 12, 2010 No comments: 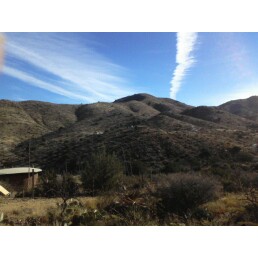 The winter sun makes sleep impossible. It's 6am and I'm up. Air Force jets streak across the sky leaving cigarette clouds.

We begin working our way for miles up the mountain. I discover the lost art of hitch hiking. Normally this would be dangerous, but it's the desert and everyone seems to be doing it to get around. Thumbs out and I squeeze into a truck with a bunch of other contractors going up the mountain.

There is an enormous ditch of open pipes, lines, and tanks. The face of the mountain seems like a raw gash, completely open. We have to fill it, shovel by shovel. Malinda and I begin working.
at December 12, 2010 No comments:

We almost ran out of gas when we entered New Mexico. I was asleep and blurted out 'gas,' when I awoke. It's as if I in was in a symbiosis with the truck. David stared at the dials and realized we were quickly running on fumes. The lights started blinking and the cabin became quiet. We drafted off a truck for a few miles, and keep the foot off the gas going downhill. 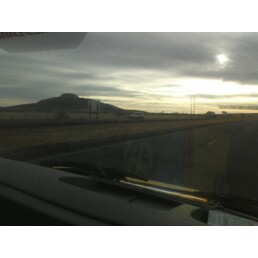 We made it to a tourist center and they directed us up the hill toward a gas station. The tension broke and we could laugh again. We were a few minutes away from my nightmare: stranded in the desert with no town in sight. We were in between mountains so there was no signal and the sun was setting. The desert was becoming cold and I had put on my jacket in preparation to walk for miles.

Darkness by the time we get to Albuquerque. We stop at one of my favorite diners off the edges of UNM. When I spent a year in New Mexico I loved going to Mannies. The food was roughly made, but cheap and had huge portions. I could eat one meal and be good for the entire day. Mannies has $4 Huevos Rancheros that fill out a platter plate and $2 coconut/chocolate cookies that are roughly the size of a baby's face. I packed in the eggs and beans. She asked me the prototypical New Mexican question: red or green? If you like both red red chile and green chile sauce you give prototypical New Mexican answer: Christmas.

The cook piled on the green and red sauce. I whipped them into the mounds of eggs, beans, and hash until the plate was a soupy ghoulash. David looked at me while eating his vegetable sandwich. Someone is going to be hungry in a few hours and it's not going to be me. I grabbed a baby face cookie on the way out and we were driving again.

David got pulled over by an officer an hit with a $70 ticket for having his high beams on. I'm considering whether or not I should drive considering the two incidents the last few hours. Finally at 12 am I take over. I'm exhausted by keep driving, through New Mexico and into Arizona. The roads are narrow and dark.

We make it to Diamond Mountain at 3:30 in the morning. We walk into the appointed RV and collapse. I cover myself in a bulky leather jacket. It's 4 am and my head is swirling. I'm awake by 6am and have a surprising amount of energy.
at December 12, 2010 No comments:

There are still cowboys in Oklahoma. They wear boots and hats with no irony and eat meals in silence. We stumbled into a diner somewhere in the nether regions of Northern Texas or Western Oklahoma. Who could tell? It seems like another country. A terse country of flats and asphalt. Straight ahead like arrow lines.

Then we hit the farm regions and the silver silos rising above the land. Suddenly there's color and shape, dimensions that are more recognizable to my eyes. 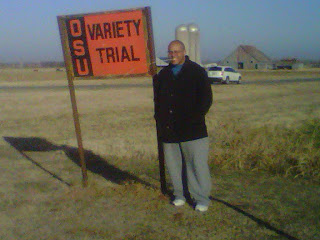 Brown winter farms, trailers, truck flocks, and signs pointing toward the desert.
at December 12, 2010 No comments:

Trucking through the Appalachians sliding down West Virginia and Maryland before htting the Western ridges of Virginia. 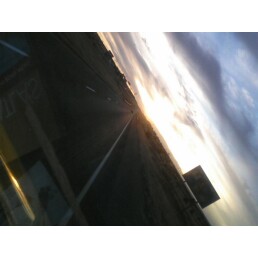 The Apps were beautiful and then treacherous. A sprinkle of snow became a storm, and then a blizzard. Accidents piled up as traffic came to a complete halt. We forged ahead and then the road cleared. The snow turned back into a sprinkle, and then a slushy rain, and finally a sunset on a clear road. We made it to Bristol, VA and ate at Cracker Barrel. If it was the first meal of the trip. Then we drove into Knoxville, Tennessee and collapsed for the night. The next morning was smooth sailing out of TN, across Memphis and Nashville, over the Mississippi River and through Arkansas.

We stopped at an empty Mexican diner in Arkansas. Late lunch and then on the road again.
at December 12, 2010 No comments:

We started off in NYC.  In the heart of it all. I got the truck from Penske, situated at the cross point of the Marcy Projects and an old Hasidic Jewish neighborhood. David and I picked the truck up on Friday afternoon, as one half of the neighborhood was shutting down for Sabbath. We drove to Ft. Greene and picked up supplies. Then we got a lock, and drove home. I packed up on fruit, yogurt almonds, aloe water, and potato chips. We woke up in the middle of the night, grabbed our bags and left. We made it to our Lama Lobsang Chunzom's place as the sun was rising. We packed the belongings into the back of the truck and set off that Saturday morning. Goodbye New York. 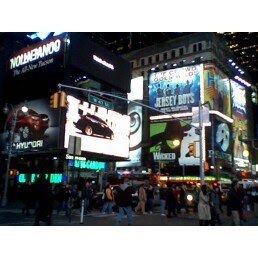 Across the shores of Jersey and into the heart of Pennsylvania and Dutch country. The land was green and lush. A lot of 'burg' towns. Mechanicsburg, Chambersburg, we stopped at gas station and chomped on yogurt almonds while the tank filled to $80.

The Art of Argument and Persuasion was one of the freakiest classes at Northwestern. Actual relevant info students could take out of the cla...